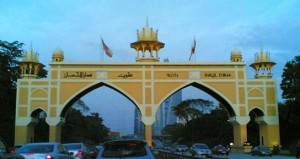 Selangor is strategically located at the central of Peninsular Malaysia, with also capital Kuala Lumpur within this state as well. So, Selangor is one of the richest state in Malaysia. Other than Kuala Lumpur capital, some of Malaysia’s most developed city including Shah Alam, Klang, Bandar Utama, Puchong are all located in Selangor. Because of the huge population in Selangor, there are a numbers of major bus terminals built in Selangor, namely Klang Bus Terminal, Shah Alam Bus Terminal and KLIA/LCCT Bus Terminal.

– Major bus terminal in Klang which serves to most destinations in Malaysia and Singapore.

– Major bus terminal in Shah Alam which serves to most destinations in Malaysia and Singapore.